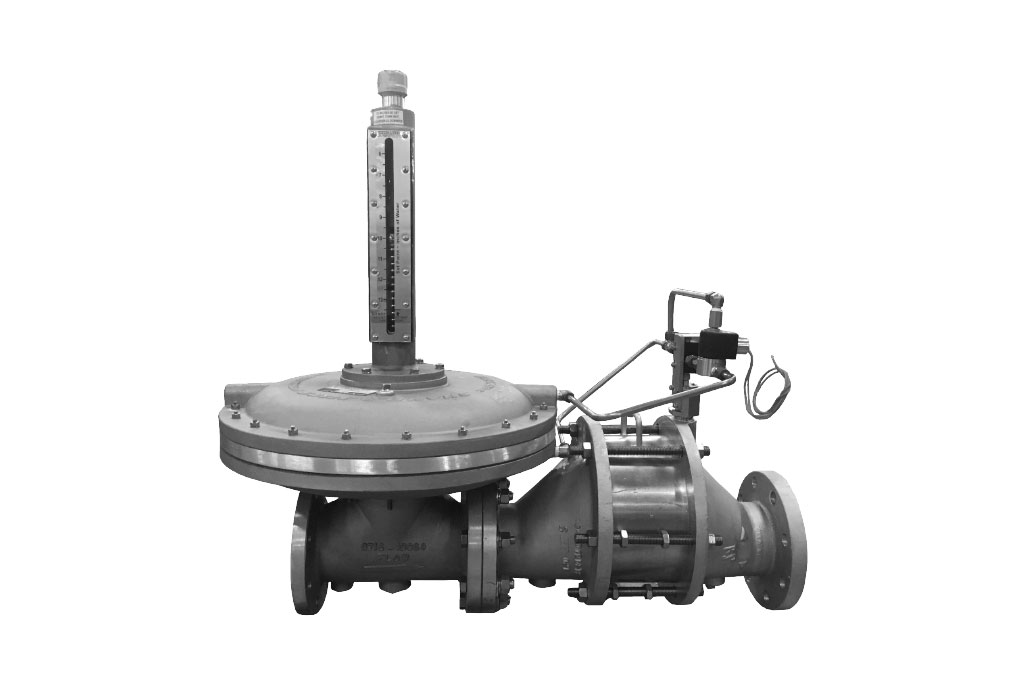 The Flame Arrester tube bank assembly absorbs heat faster than the ignited gas can produce it. This lowers the gas temperature to below the ignition point, thus quenching the flame. The back pressure regulator maintains an adjustable preset upstream pressure. When upstream pressure exceeds set point, the diaphragm will open the valve. After relieving gas to flare the pressure in the line will drop below set point closing the valve. The Pilot Valve Assembly contains a fusible material that melts at 255°F and closes the regulator valve effectively shutting off flow during emergency thermal event conditions.

The Flame Trap Assembly should be installed upstream of a waste gas flare or burner. If external sense line is provided, it should be connected at least 10 pipe diameters upstream of the pressure relief section.

Standard materials of construction include an Aluminum Body and Buna-N diaphragm. Its aluminum and stainless steel components withstand the severest of process environments.

The S&J 97160 is especially designed for hydrogen sulfide and hot, wet methane which are the main components of digester gas streams in municipal waste water treatment facilities.