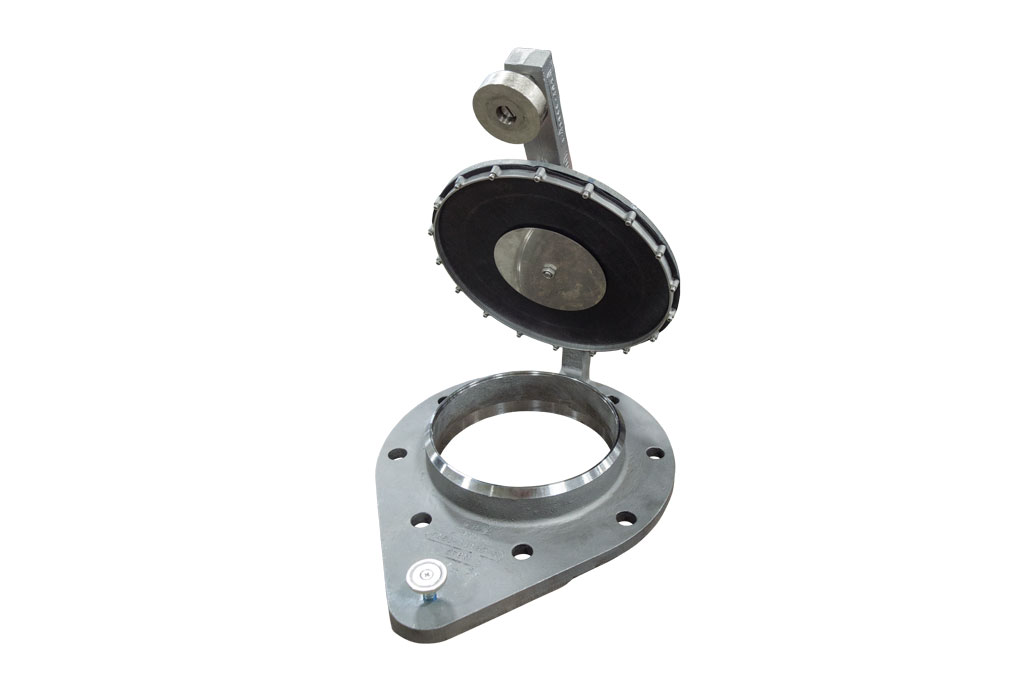 The Shand & Jurs 94510 Magnavent is a pressure operated emergency vent designed specifically to meet the NFPA ruling on venting requirements for small storage tanks. An economically designed and priced unit, the principle of operation is based on a unique magnetic latch.

Another innovation incorporated in the Magnavent is the Expanda-Seal technology. The tank pressure forces the seal away from the pallet assembly and at the same time forces it against the seat surface of the base with the result that the higher the tank pressure, the tighter the seal becomes. Tests have shown that there is less than 0.5 cubic foot per hour leakage at high pressure right up to the release pressure. The Teflon Expanding Seal is an added benefit to those users who are concerned about conserving product. The performance of the expanda-seal technology makes the 94510 an economical alternative to expensive pilot operated valves or rupture disks where blowdown is not a major concern.