Shown with optional WirelessHART on a Shand & Jurs 92021 Float and Tape.
Previous
Next

Revolutionary/Reliable
L&J Engineering has once again revolutionized the Transmitter market with its latest edition of the MCG 2000 Transmitter, the MCG 2000MAX. The MCG 2000MAX uses L&J’s patented absolute magnetic encoding to provide the greatest accuracy ever offered in the history of transmitters with 1/32 of an inch standard and with 1/64 of an inch accuracy as an available option. The reliability of the new MCG 2000MAX is also greatly increased over the previous generation of transmitters due to the huge reduction in the number of parts used.

Ultra Low Power/Cost Effective
The Industry has spoken, and demanded an ultra-low power 2-wire, 4-20mA, 24VDC Loop-Powered version of the MCG 2000 and L&J has delivered with the MCG 2000MAX. The MCG 2000MAX uses a newly redesigned CPU board which greatly reduces the number of components on the board, which greatly reduces power consumption as well as cost. All of the existing and future communication protocols are still supported with this new version as well.

Patented Technology
The MCG 2000MAX utilizes absolute magnetic encoding which is the next step in L&J’s patented absolute encoding technology which has been used on the MCG 2000S, MCG 2000SS, MCG 2000SSI, and MCG 2000SFI. L&J has replaced the foot and inch optical discs with foot and inch magnetics which provide much greater accuracy and reliability and also allows for the option of using a much smaller housing than previous offerings. The MCG 2000MAX now has an expanded range of 0-128 feet. By using absolute magnetic encoding the number of parts required is greatly lowered in turn providing unmatched reliability. Just as with the previous generations of MCG 2000’s the MCG 2000MAX is completely unaffected by power failures in your tank farm without the use of batteries. When power is restored the transmitter will accurately reflect the current level, even if it has changed, without the need for additional calibration.

Graphical LCD Display w/ Infrared Calibration
The MCG 2000MAX utilizes a brand new local graphical LCD display which has the ability to display up to 10X more information than the previous 2×16 character LCD display used on previous generations of the MCG 2000. As with all the L&J’s state of the art level gauging solutions, the MCG 2000MAX can be configured via infrared technology by using the MCG 2150 Remote Calibrator without violating explosion proof environments. 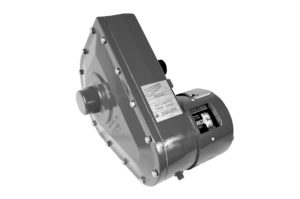 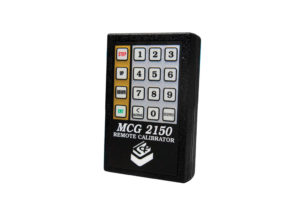 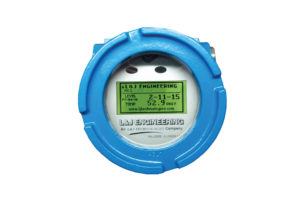 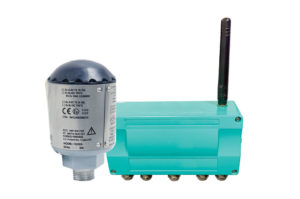 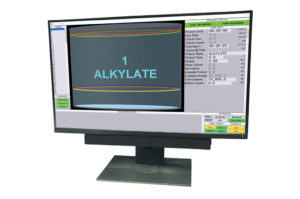