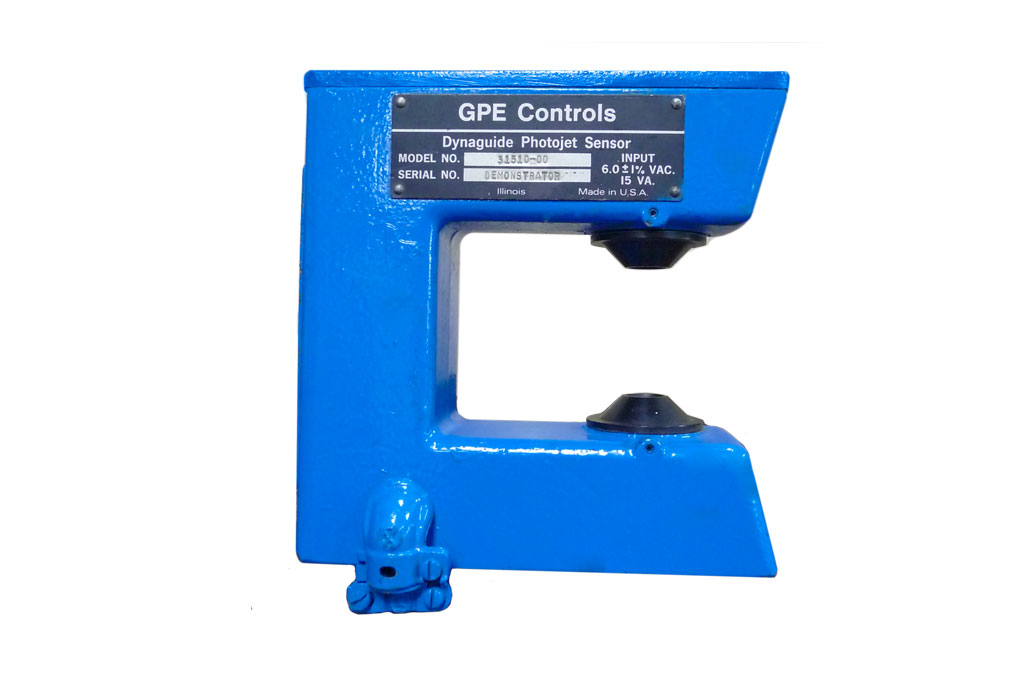 The Model 31510 Edge Guide Sensor is designed primarily for photoelectrically sensing the lateral edge position of materials in motion, in particular web material of an opaque quality. This information is transmitted electrically to a hydraulic controller for final control action.

The Model 31510 is available in two basic model options. One is used exclusively with the Dynaguide* Hydraulic Controller and has an integral transistorized amplifier. The second option can be used with the model 33130 Webguide Controller.

Principle of Operation
The Model 31510 (used with Dynaguide) continuously senses the web edge position with a light beam directed at a photo-conductive cell, whose resistance is inversely proportional to the amount of light falling on its surface.

This resistance varies with the lateral position of the web edge. The change in resistance controls the input voltage signal to the transistorized amplifier. The amplifier provides an output voltage (in direct proportion to the later edge position of the web) to the moving coil of the Dynaguide Controller, which in turn provides hydraulic power to the final control element.

The sensor option used with the Webguide Controller uses a silicon photo voltaic cell operated in the short-circuit mode. Its output current is proportional to the lateral web edge position. 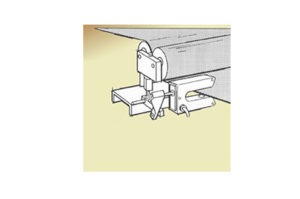 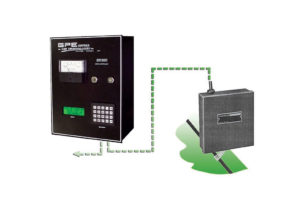 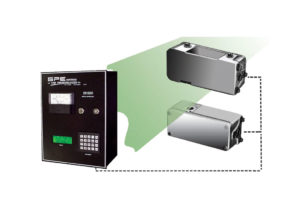